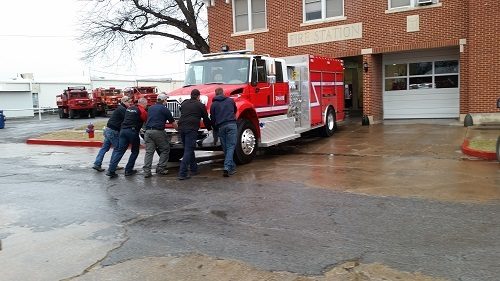 The city’s fire department received a $212,000 grant through FEMA last July to purchase the 2017 unit, according to Chief David Martinez.

It will primarily be used to fight structure fires.

“This means we can update our fleet,” he said Monday. “This is the first new structural engine we’ve had since 2006.”

This brings the department’s total to four trucks, according to Martinez.

His department has 24 firefighters and Martinez said they also plan to use their new truck for “structural protection” when there are grass fires.