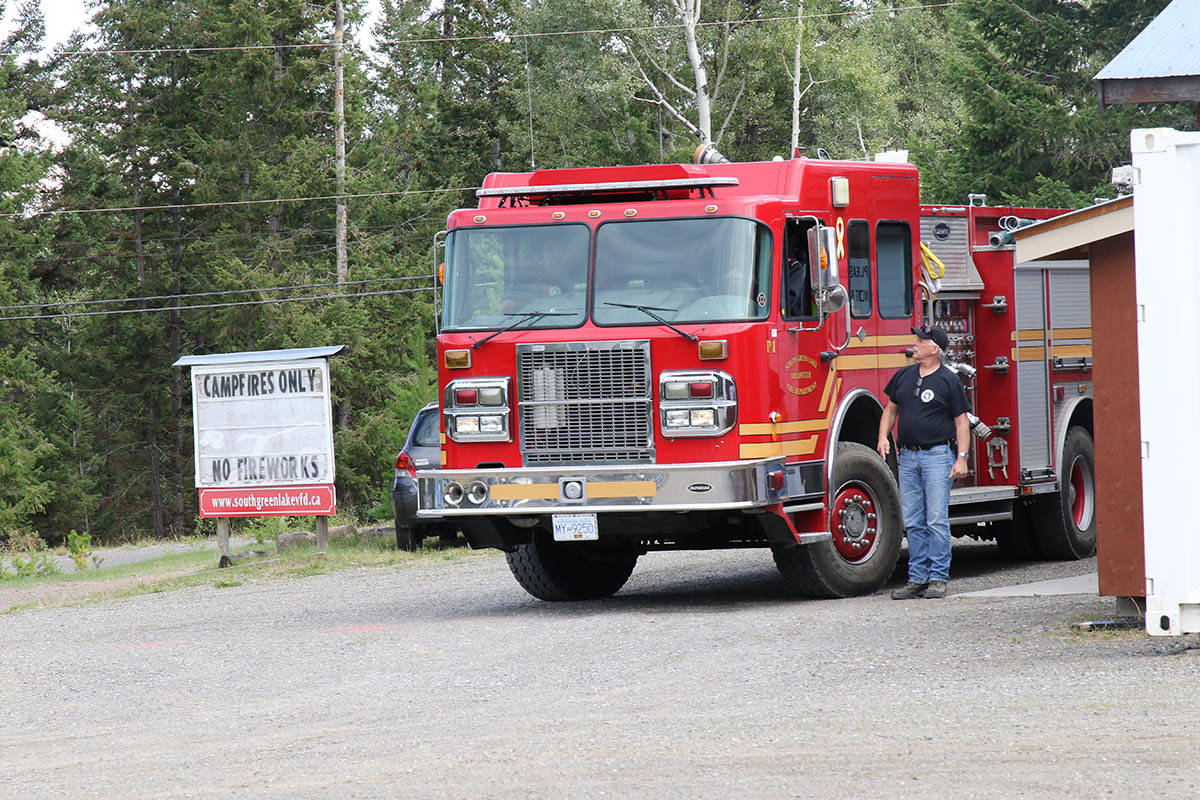 Trainers Del Westfall and Dave Plenert led the firefighters through the PowerPoint, test and practical portions of the EVO course at the fire hall.

The training is based on the British Columbia Fire Department Standards, which identifies the performance requirements for drivers of fire department vehicles.

The course was based on driver safety, responsibility and skills training.

All of the participating firefighters passed the test.

The practical portion of the course was conducted on the fire hall parking lot and on a nearby property.

Firefighters got to drive one of two pumpers, a tender and the water supply truck through the courses that tested five skills.

The first incident involved an Off-Road Vehicle accident that resulted in minor injuries.

The second incident involved a motorcycle accident that sent the injured rider to the hospital.