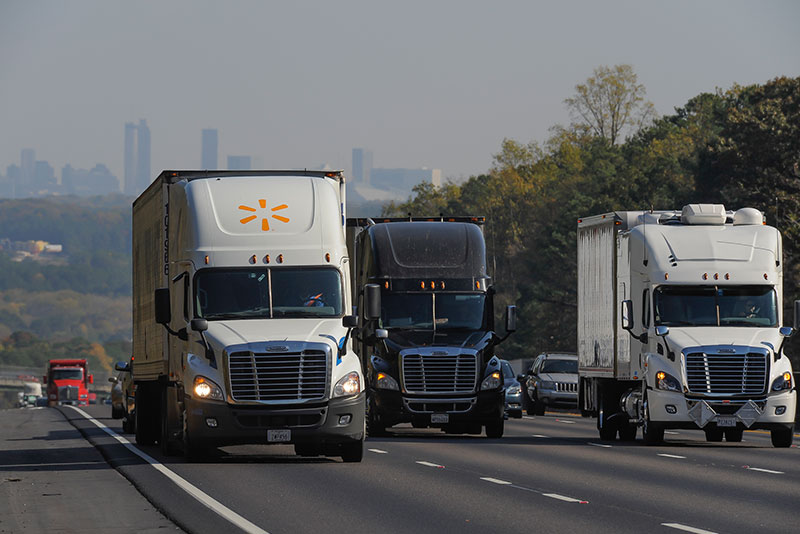 A coalition of motor sports groups has been pushed together with the manufacturers of semi-truck trailers in an effort to upend the Environmental Protection Agency’s latest round of greenhouse gas emission standards for heavy-duty trucks.

The Truck Trailer Manufacturers Association and the Racing Enthusiasts Suppliers Coalition each filed separate federal appeals court petitions seeking to exempt their industries from the new regulation, which was enacted by the EPA and the National Highway Traffic Safety Administration last year.

The organizations believe the broad directives, known as the GHG Phase 2 rule, instruct manufacturers to reduce carbon emissions from a wide range of commercial trucks, buses and cargo vans in three phases by 2027. The regulations were published in the Federal Register on Oct. 25.

Their petitions were consolidated into one case by the U.S. Court of Appeals for the District of Columbia in January. Their arguments will be heard by a panel of three judges. A hearing date has not yet been set.

Little is known about the Racing Enthusiasts and Suppliers Coalition.

While the organization’s attorney sent Trucks.com a copy of its petition for reconsideration with the appeals court, the filing fails to include the names of its members or supporters. Shannon S. Broome, the attorney, did not return phone calls or emails seeking more information.

In July 2015, the EPA introduced a proposal that would have prohibited the conversion of street vehicles into race cars used exclusively for the track, but later the agency formally withdrew its proposal.

Although the EPA opted to remove the controversial provision in the final action, the agency “maintained that long-standing activities of hobbyists and those who supply them parts to use [in] automobiles for any reason is subject to the tampering and defeat device prohibitions,” the Racing Enthusiasts and Suppliers Coalition petition said.

The petition states the Clean Air Act defines motor vehicle “as any self-propelled vehicle designed for transporting persons or property on a street or highway. Since off-road racing/competition vehicles ought not and generally are not driven on streets or highways, they have long been considered to fall outside of the Clean Air Act anti-tampering provisions.”