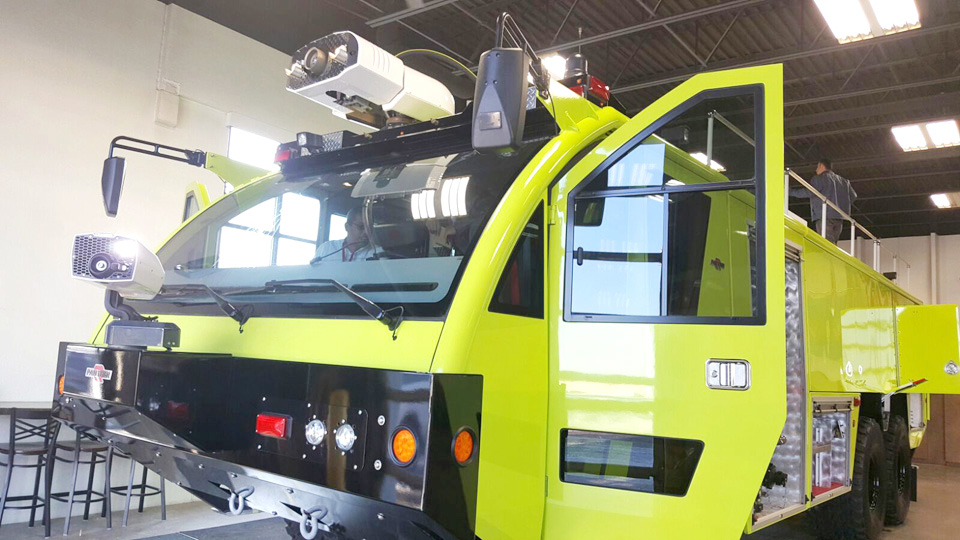 New fire truck for the Brac

As the Fire Service Department continues to investigate last month’s fire-truck crash on the Cayman Brac airport runway, the airport fire station is preparing to receive a replacement truck.

The bright green Panther 6×6, manufactured by Rosenbauer will be equipped to fight aviation fires at the Charles Kirkconnell International Airport.

The two fire officers injured in the crash remain on injury leave, the Fire Service confirmed.

“Essentially, the powder in the dual nozzle knocks down the fire rapidly, while the foam secures the hazard by laying a vapor-suppressing blanket on the fuel and helping to cool it,” Mr. Hails said in a press release.

“It’s also a fantastic tool for dealing with pressurised fuel fires, where we can use a water cone to contain the fire then use the dry chemical to extinguish it. This means firefighters can get closer to the fire and extinguish it under controlled and safe conditions.”

The Cayman Islands Fire Service will receive operation and maintenance training on the new vehicle at no extra charge, according to the release. In coming weeks, Mr. Hails and his colleagues will fly to the U.S. manufacturing plant for final inspections of the vehicle.

The truck is the first new engine purchased for Cayman Brac since 2006. Government Information Services said the Ministry of Home Affairs had already budgeted for a fire truck replacement in the current fiscal year. The Panther 6×6 is also used by fire stations in Houston and Dallas, Texas, and Orlando, Florida.