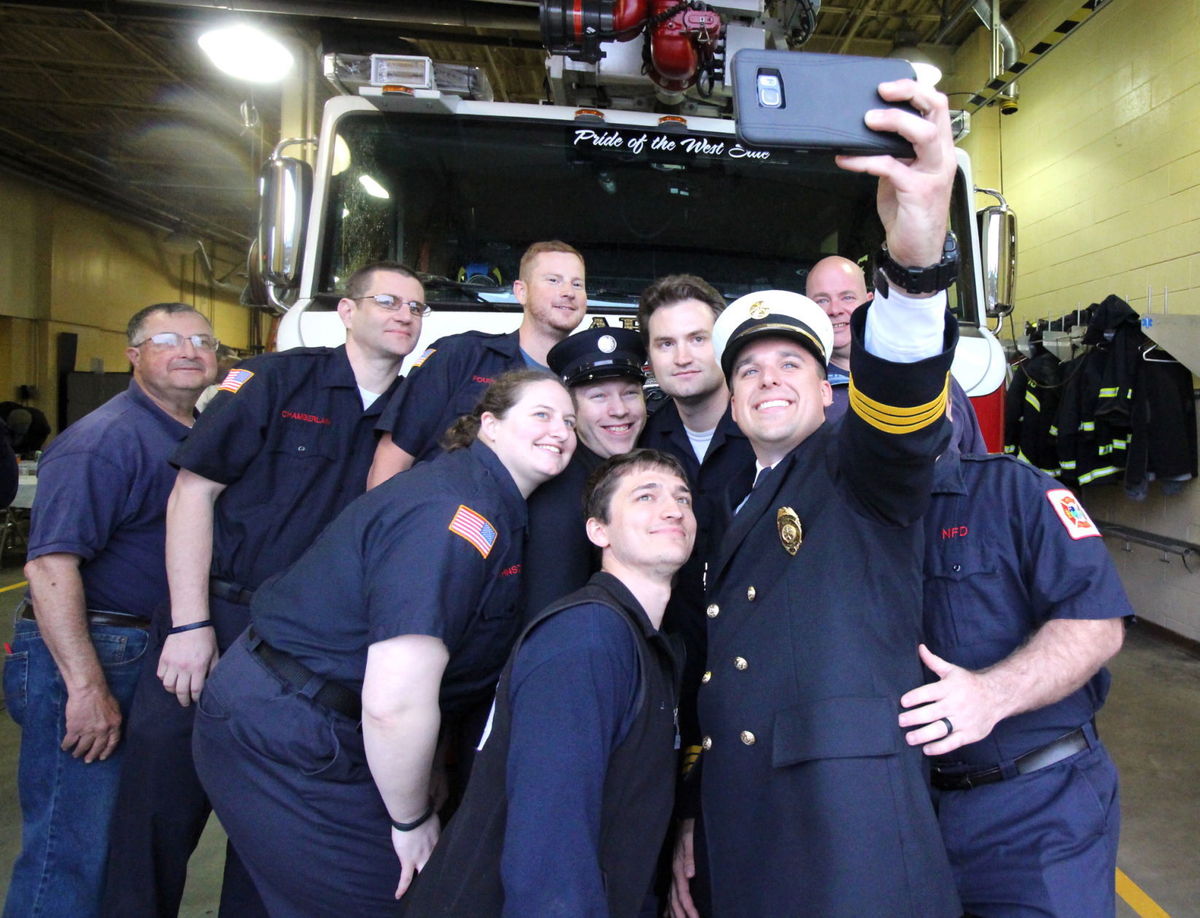 By custom, housing ceremonies involve firefighters pushing the truck into the station for the first time. However, that tradition has become mostly ceremonial because modern fire engines are too heavy to be pushed, Aetna spokesman John H. Farrell IV said.

After enjoying a barbecue dinner at Station 7 on Thorn Lane on May 6, Aetna members placed their hands on the front of Quint 7 as driver Gene Niland backed the 28-ton truck into the station.

The new truck is known as a “quint,” a name derived from its five functions: pump, water tank, fire hose, aerial ladder and ground ladders. It will give Aetna more flexibility when responding to fire calls, Chief Drew Bowerson said.

“With the number of volunteer firefighters who respond to alarms on the decline, Aetna needs apparatus that can function in multiple roles to best serve the community,” Bowerson said. “The new quint enables Aetna firefighters to fill whatever roles may be needed on the fire ground.”