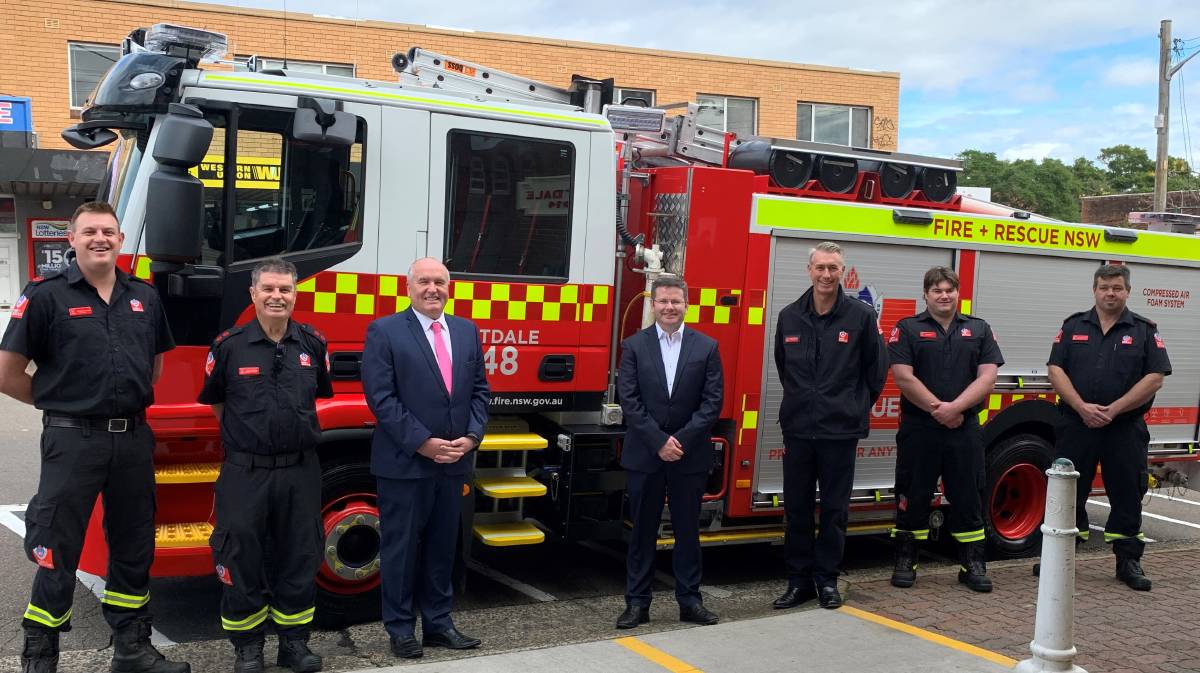 The Class 2′ pumper Iveco fire truck is fitted with all the safety features of a modern firefighting vehicle including an emergency lighting package and improved stowage configuration for quick access to vital lifesaving equipment.

Importantly, the truck is fitted with a high-pressure pump that has the capability of dispensingCompressed Air Foam (CAFS) which uses foam mixed with water to fight solid and liquidFires.

CAFS increases the efficiency of firefighting vehicles by up to five times when compared to non-CAFS equipped vehicles as water lasts longer and is used more effectively.

Having a CAFS-fitted vehicle at Mortdale Fire Station has increased the capacity of the station and allowed the firefighters to expand the types of situations they can respond to, helping to maintain safety and security in the local area.

Having a CAFS-fitted vehicle at Mortdale Fire Station has increased the capacity of the station and allowed the firefighters to expand the types of situations they can respond to, helping to maintain safety and security in the local area.

Mr Coure said that the Mortdale brigade have been keeping the members of the community safe since 1908 and have always been willing to assist with state-wide operations, includingthis summer’s devastating bushfire season.

“Mortdale Fire Station has been diligently responding to emergencies in the local area formany years and has been an important pillar of the local community,” Mr Coure said.

“The brigade have made it their mission to be available to assist anyone in need. It is because of that ingrained spirit of service that firefighters from the Mortdale Station bravely assisted in fighting bushfires this summer in many different locations across the state.”

“The introduction of this new state-of-the-art vehicle will further expand the station’s capacity and allow the station to more effectively respond to different call-outs including chemical spills and road accidents.”

“I am proud to be part of a government that is continually investing in its emergency services and providing the latest equipment so our first responders are able to keep the community safe.”

Mr Elliott said the new truck will increase the capacity of Fire and Rescue NSW (FRNSW) firefighters to deal with fires, road accidents, chemical spills and other emergencies in the local area.