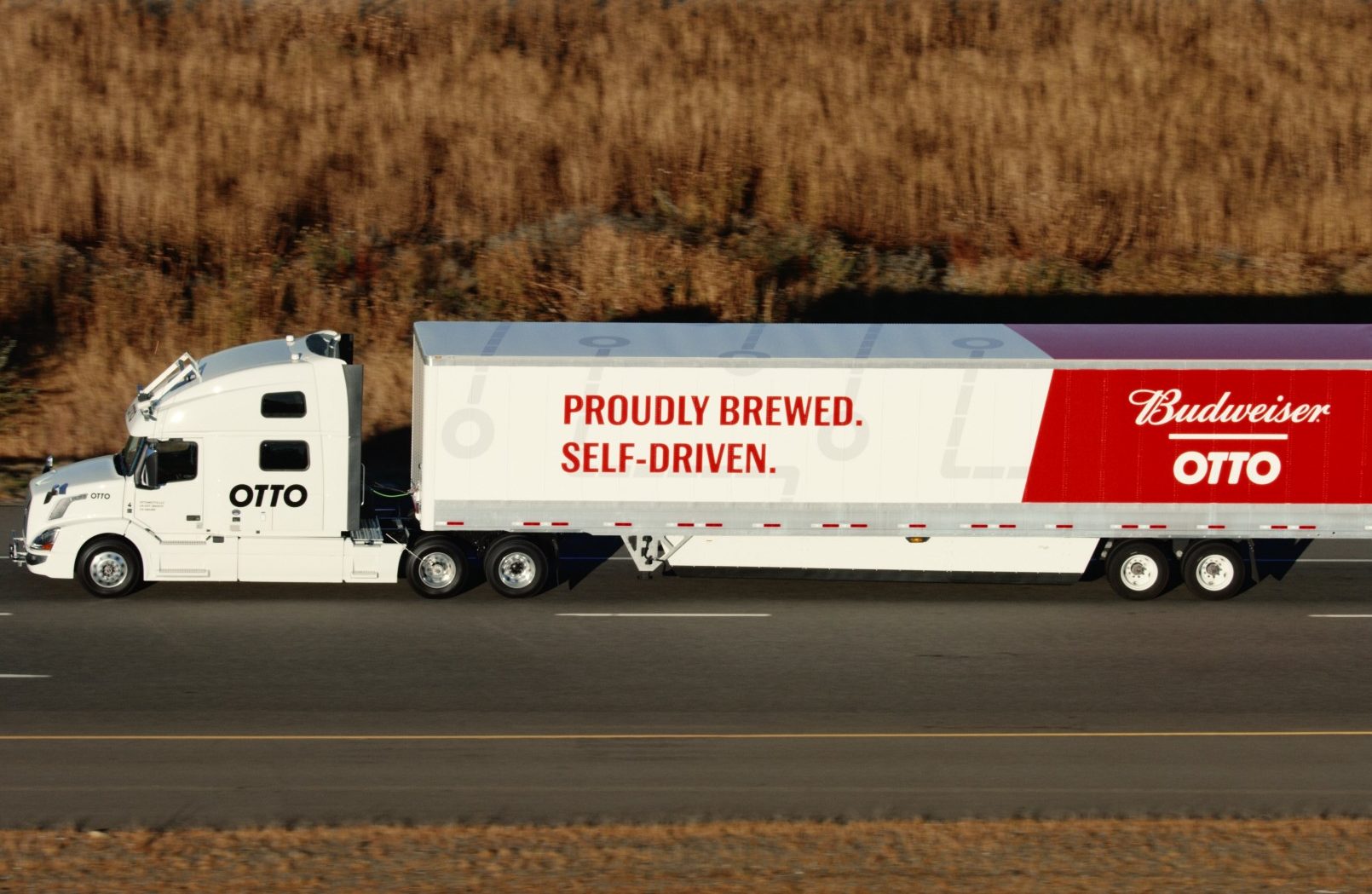 Otto hauls Budweiser in First Commercial Use of Self-Driving Truck

Otto, the self-driving truck company acquired by Uber, claimed today that it had completed the first real-world commercial shipment using an autonomous truck.

In a blog post, the company said it partnered with Budweiser to haul 51,744 cans of beer across 120 miles of highway using a self-driving truck with no driver. The beer traveled from Fort Collins, Colorado to Colorado Springs last week. There was a driver tucked in the sleeper berth who monitored the two-hour voyage.

“This shipment is the next step towards our vision for a safe and productive future across our highways,” Otto executives wrote in the blog post. “With an Otto-equipped vehicle, truck drivers will have the opportunity to rest during long stretches of highway while the truck continues to drive and make money for them.”

Otto was founded in January by Anthony Levandowski, a veteran of Google’s autonomous car division, and Lior Ron, previously in charge of Google Maps.

“The incredible success of this pilot shipment is an example of what is possible when you deploy self-driving technology. It also showcases the importance of collaboration with forward-looking states like Colorado and innovative companies like Anheuser-Busch,” Ron said in a statement.

Otto has said recently it was moving quickly to introduce autonomous trucking.

The companies did not specify the make or model of the truck that was outfitted with its self-driving vehicle kit. But according to Otto’s blog post, the system used a combination of “cameras, radar, and lidar sensors mounted on the vehicle” to enable the truck to “see” the road. Along the way, Otto’s system made decisions about when to accelerate, brake, and steer without the help of a human.

This is the type of use of autonomous driving that many analysts envision.

“Even though it’s just a test, it shows what could be possible. I think real implementation of technology like this is still five years off, but it’s exciting to see players like Otto and Tesla pushing forward quickly with their plans,” Mike Ramsey, an analyst at Gartner Inc. told Trucks.com. “It puts pressure on the mature players to execute more quickly.”

Last week, electric car company Tesla Motors said it plans to start shipping cars with full self-driving capability in the coming weeks in anticipation that regulators will eventually allow the vehicles to operate without any human intervention. The company has previously said it plans to build trucks and commercial vehicles that can operate autonomously.