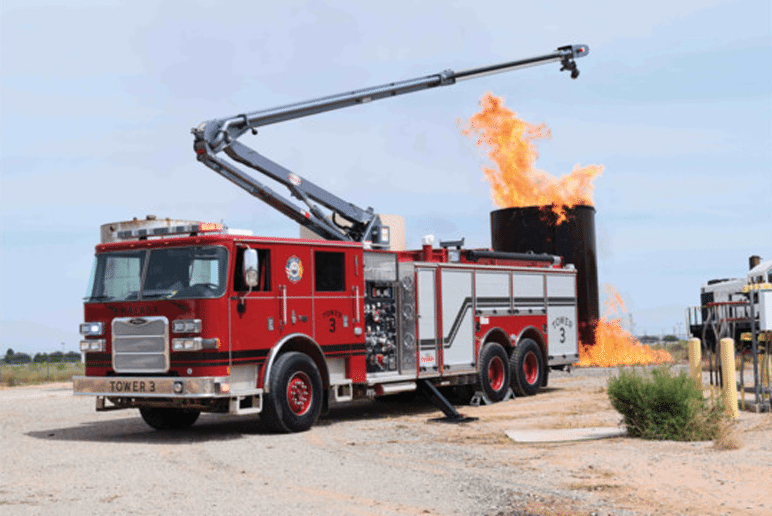 “The Pierce Arrow XT, matched with our exclusive Snozzle HRET, is a powerful and proven combination, providing excellent reach and firefighting power,” said Jim Johnson, Oshkosh Corporation executive vice president and president of the Fire & Emergency segment and Pierce Manufacturing. “Originally developed for aircraft emergencies, we’re seeing a real spike in interest for the Snozzle HRET with specialized applications such as those in oil producing regions. The real-world experiences of departments such as Malaga, New Mexico, speak volumes for its capabilities and performance.”

“On a single day, in particular – during the aftermath of a lightning storm – the apparatus traveled more than 300 miles and its crew put out four different tank battery fires,” explained Pecos Davis, fire chief for Malaga Volunteer Fire Department. “On another occasion, we responded to a series of tank battery fires with a neighboring district. They were fighting it with hand lines trying to put it out. We pulled up with the Snozzle, set the foam percentage at three percent, and put it out within 15 minutes.”