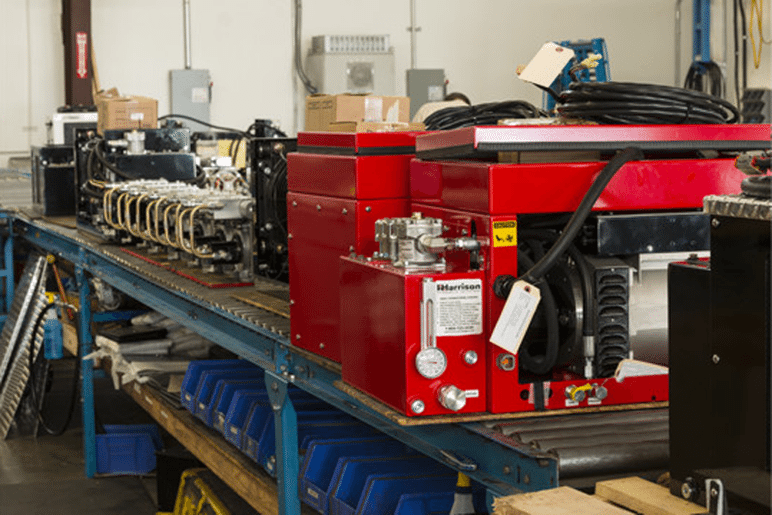 Electric power is one of those things that when you need it, you need it and there shouldn’t be any messing around to get it. When we walk into a room, we hit a light switch and we’ve got lights. Firefighters want and need the same kind of reliability when it comes to AC current on fire scenes.

Experts agree, at a fire scene there should be no compromise when it comes to electric power.

“In the fire industry, you don’t get a second chance, its life or death,” said Paul Newton, vice president of sales and marketing for Harrison Hydra-Gen, in Houston, TX. “If power is needed on a dump truck, or a plane de-icer, or other some sort of non-emergency vehicle, perhaps there’s some room for compromise,” he said, “but not on fire apparatus.”

When firefighters think about generators and emergency AC power, there are a number of options for apparatus. Years ago, it was common to have inverters—devices that use DC power to create AC power, primarily for scene lights and small AC devices—on fire apparatus.

Portable generators then became in vogue and still later, on-board generators, built in to the apparatus and often powered by PTO shafts from the apparatus itself made their way to the market.

As demands on firefighters increased, and the number of tools and lights correspondingly increased, apparatus inverters could not keep up with the demand for power. Even good inverters would max out at about 400 to 500 watts of AC current. To put that in perspective, many cheap gasoline generators sold in big box stores today provide 4,000 watts or more.

Internal combustion-powered generators were the answer and they are still very prevalent in the fire service today. Some can provide 10,000-watts of power, if driven by an appropriate engine.