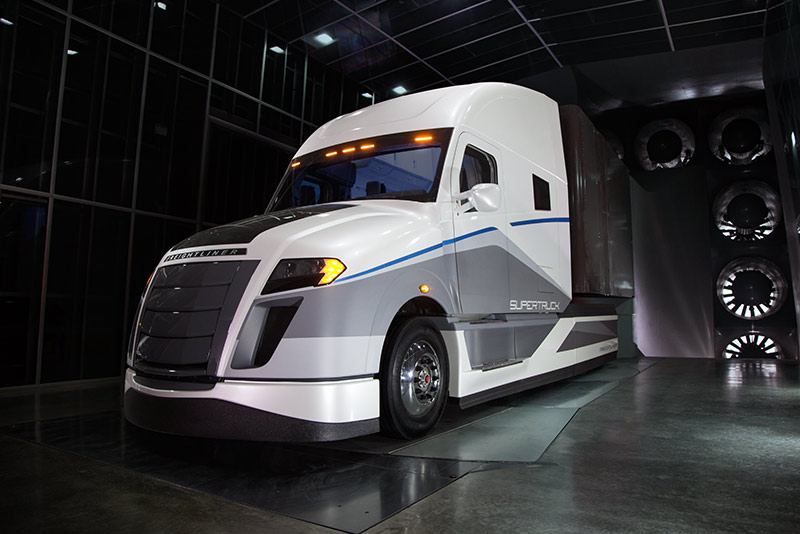 Hoping for new technologies that could double the amount of freight a heavy-duty truck can haul on a gallon of fuel, the U.S. Department of Energy is launching a new phase of its recently completed SuperTruck program.

Dubbed SuperTruck II, the five-year, $160-million program will see the same four teams of truck, engine and trailer builders from SuperTruck 1 attempt to move far beyond the successes they’ve already racked up. The teams spent $258 million – a combination of federal funding and their own money – on the first program.

After setting “big, hairy goals” for freight-hauling and engine efficiency in SuperTruck I, which each team met or exceeded, the new program aims to push truck, tractor and trailer manufacturers to even loftier heights, said Michael Berube, head of the Energy Department’s vehicle technology office.

“We want them to achieve those new goals using technologies with realistic potential” for cost-effective use in the real world, Berube said.

The federal government will provide $80 million of the SuperTruck II funding, subject to annual congressional approval. Each team will match taxpayer dollars with private funds.

The program represents a successful public-private partnership that “has allowed industry as a whole to take on more risk and invest at a higher level much earlier in the technology development process than would otherwise be possible,” said Paul Miller, director of research and technology collaborations at Cummins, Inc.

“This program was rooted in the idea that we were not just going to develop a showpiece, but to come up with things that could be put into commercial use,” said Ken Damon, technical project leader for Peterbilt.

Freight efficiency is the amount of freight carried and miles traveled for each gallon of fuel consumed. Engine efficiency, known as brake thermal efficiency, or BTE, is the ratio of fuel energy converted to power output at the engine’s crankshaft. The industry average BTE for a 2009 Class 8 engine was 42 percent; SuperTruck 1’s goal was 50 percent.

Each team will measure improvement from its truck-maker member’s best-performing 2009 Class 8 tractor and engine. For competitive reasons, the teams are not required to release their base trucks’ performance numbers.

Each of the teams met or exceeded both goals in SuperTruck 1, and in doing so their prototype truck-trailer combos also demonstrated improvements that boosted fuel efficiency by 71 percent to 104 percent. The average fuel efficiency for the base tractors was 6.2 mpg.