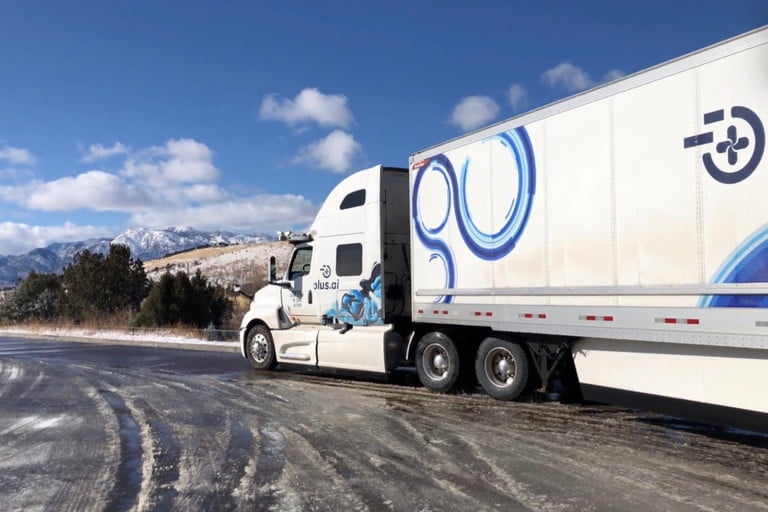 This autonomous truck just made a cross-country grocery run

California-based startup Plus.ai claims to have completed a cross-country trip with a prototype autonomous truck. While a human backup driver and a safety engineer were onboard for the entire 2,800-mile trip, Plus.ai claims the truck was in autonomous mode most of the time. This wasn’t just a test run, either: the truck hauled a refrigerated trailer loaded with cargo for Land O’Lakes.

Perishable cargo gave Plus.ai an added incentive to ensure its tech worked. The company couldn’t simply abort the trip, and a human driver taking over would have been a public relations nightmare. The trip was completed in three days, which was sufficient for the cargo to be delivered on time, according to Plus.ai.

The trip was made easier, in a way, because the truck drove mostly on highways between freight distribution hubs in Tulare, California, and Quakertown, Pennsylvania. This ensured the truck wouldn’t have to navigate more complex environments, like city streets. Hubs like these are typical starting and endpoints for freight hauls, so this cross-country trip could still serve as a template for future commercial autonomous truck operations.

Sticking mostly to Interstate 15 and Interstate 70, the truck still encountered varied terrain and weather conditions, including rain and snow, Plus.ai claims. The truck operated in both daytime and nighttime conditions, according to the company.

Like most other autonomous vehicle developers, Plus.ai uses a combination of cameras, radar, and lidar to let vehicles “see” their environment. The sensor suite can detect objects up to 1,600 meters (5,249 feet) in front of a vehicle, Plus.ai claims. Plus.ai will likely add its autonomous-driving system to trucks built by an existing manufacturer, rather than build vehicles itself. The company hasn’t given a timeline for a commercial launch of its tech, but claims to be working with truck manufacturers, shippers, and fleet operators on reaching that goal.