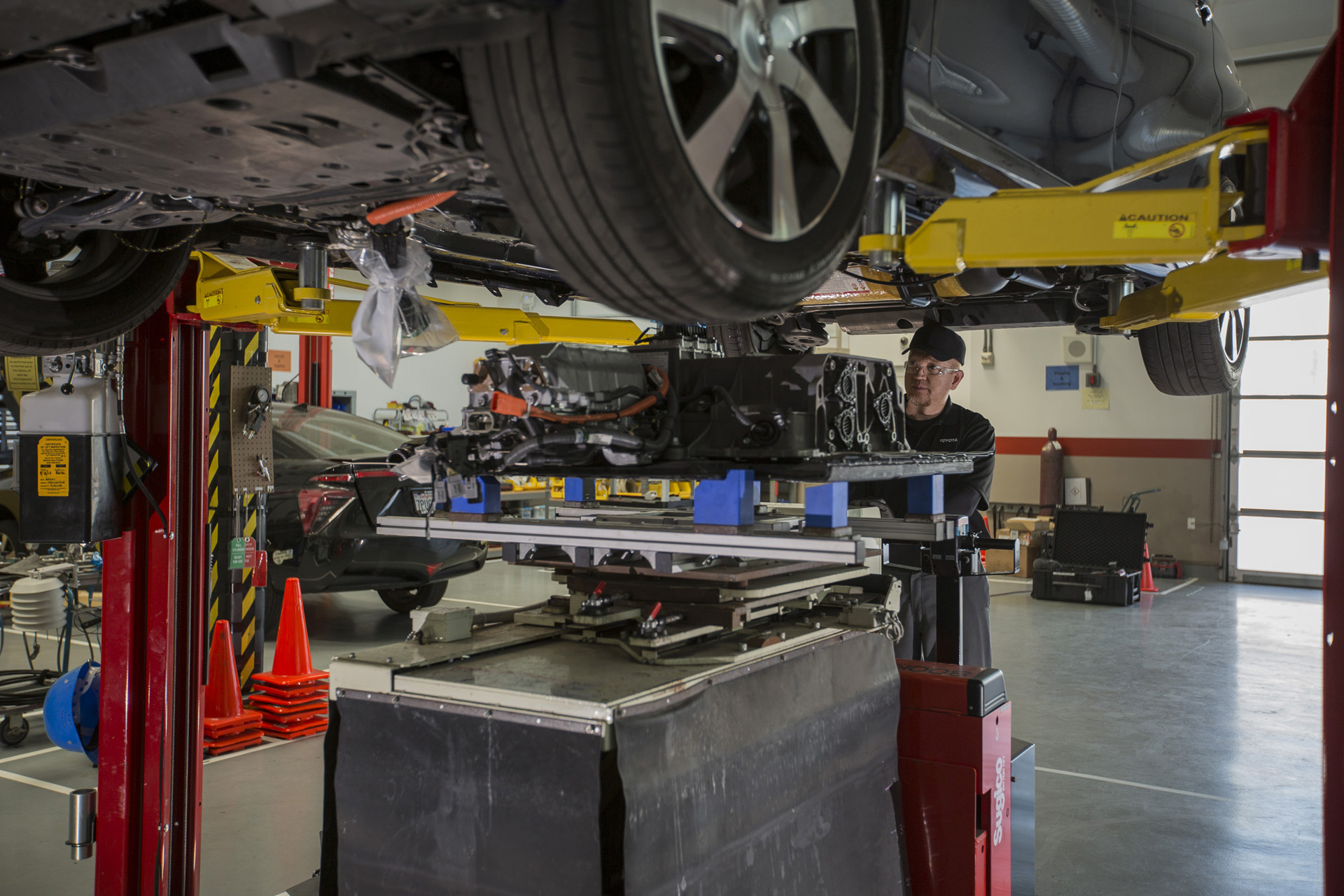 It’s been two years since Toyota and truck manufacturer Kenworth showed off a proof of concept for a semi-trailer truck powered purely by hydrogen.

On Monday, they showed off the first of 10 planned examples that late this year will start transporting cargo across the Los Angeles basin and to various inland cities, with the only emission being water.

In the first phase, the trucks, operated by Toyota, UPS and other transport firms, will haul goods from the L.A. and Long Beach ports throughout the L.A. area, the Inland Empire, the Port of Hueneme, and eventually to Merced.

In a second phase, Shell will build hydrogen filling stations in Wilmington and Ontario, California, to provide more opportunities for the trucks to refuel. Initially, the trucks will rely on three existing stations at Toyota’s Long Beach Logistics Services and Gardena R&D facilities.

The fuel cell-electric truck (FCET) is based on Kenworth’s T680 truck, but instead of the class 8 truck’s diesel inline-6 there is a pair of Toyota Mirai fuel cell stacks and an electric drive system good for 670 horsepower and 1,325 pound-feet of torque. The range on a fill of hydrogen is estimated at 300 miles. That range is twice that of a typical drayage trucks’ average daily duty cycle, according to Toyota and Kenworth.

In fuel cell-electric powertrains, a fuel cell stack combines hydrogen with oxygen from the air to form electricity in a process known as electrolysis. In Toyota and Kenworth’s fuel cell truck, power management systems can apportion the electricity from the fuel cells to the motors, batteries, and other components, such as electrified power steering and brake air compressors, in order to maximize efficiency.

Most commercial quantities of hydrogen is sourced via steam-methane reforming, a process that produces a lot of CO2 emissions. But there’s also the ability to generate hydrogen in a reverse-electrolysis process, where electricity created by renewable energy such as wind and solar power can be used to split water into hydrogen and oxygen.