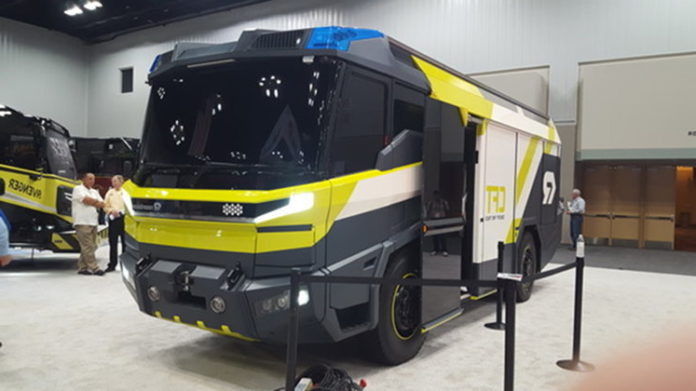 It has been several years since electric vehicles entered our lives. Electric cars, electric vans and buses find themselves in daily use. It was the first time that a fully electric vehicle was received for use by the fire brigade.

The Rosenbauer America team was introducing the concept of the electric van they developed along the western well of the USA. The firm chose the North Vancouver area fire department in Metro Vancouver as the first place where the vehicle would be used on the Canadian tour.

Rosenbauer is among the major emergency response vehicle manufacturers in the USA. The company produces approximately 800 fire trucks every year. In addition to these vehicles, there are demo fire trucks that can be used in emergency situations, which are mainly used by the company for promotional purposes.

This electric model also visited several departments along the western coast of the USA. The Rosenbauer team has now demonstrated the technical characteristics of the vehicle in Canada. Firefighters from other regions were also involved in the activity at the North Vancouver regional fire brigade.